I came, I saw… I tried to drink them all

Another BrauKunst Live 2015 has come and gone. Close to 100 exhibitors served 700+ different beers in the festival hall to over 8600 beer enthusiasts.

This year I had the great pleasure owning a media pass and it’s debatable if that’s an advantage or disadvantage!!! Anyhow, I did prepare a little for the festival in that I created a list of the breweries that I definitely wanted to try beers from, and I tried to take the time to write them all down as I sampled… 91 different beer names are written down! WOW! It would probably blow this post if I mentioned them all. I’ll just say that there were a lot of great beers, but also quite a few that were not up my alley.

There were definitely some very unique beers that I was very impressed with that I’ll mention though. The Moll, a collaboration brew from BrauKunstKeller and Kehrwieder (all the beers they were pouring were excellent) is an extinct old German beer style and an easy drinking Rauchbier with a subtle, restrained tartness. The Monroe from Hopfenstopfer, a Single Hop Imperial Pale Ale was smooth and light with full flavors of red berries and passion fruit. Hanscraft & Co had a new brew that can only be described as dessert in a glass. Taking a sip of their Sweet Sixteen, a 16,5 ABV Barleywine Eisbock and you got a mouthful of alcohol-infused-fruit-cobbler-topped-with-vanilla-liquor as if you just bit into a pie. CRAZY sweet! Kissmeyer, a one man gypsy brewery from Denmark I’d never heard of also poured several great beers. Their Pipes & Drums Barrel Reserve, a collaboration brew with Amager Bryghus, surprised me the most. I’m usually not a Barley Wine fan but this one convinced me with it’s subtle sweetish, vinous aroma with hints of fruits and nuts. A couple steps to the left was Freigeist’s and Nogne Ø’s booth who, besides their own beers also poured brews from The Monarchy, To Øl and De Molen. Taking a sip of Nogne Ø’s #1000 had me dive into the world of the Arabian Nights. There’s an abundance of spices in both flavor and aroma with a nice malty caramel sweetness. Freigeist’s Geisterzug Rhubarb Gose and Abraxxxas Pear Lichtenhainer were brews I could drink all the time and all day long. They’re incredibly lively, characterful, and thirst-quenching and were a nice “break” between some of the stronger, heavier beers. Last but not least Ku’Damm, a Berliner Weisse and Daft, a barrel-aged Barley Wine from Urban Chestnut. The Berliner Weisse is solid and probably one of the best ones I drank in my live and surprisingly another Barley Wine, in which for the first time I experienced a umami flavor.

I also want to give props to the newcomers: Hopfmeister, a newly founded gypsy brewery from Munich who plan to open this May. Their motto, brewing beers for craft beer beginners, which are hoppy but still quaffable. And BrewAge, a young Austrian start-up brewery who tie in tradition, refine and reinterpret it.

Of the three days at BrauKunst Live, Friday was my favorite. Since Friday is the opening day, everyone is full of energy and excited to be there. Most of the brewers and brewery reps were behind their booths and all the different beers are still available. Sunday was great because it’s the least visited day and I could stroll through the hall and try beers that I haven’t already tried. Saturday was still fun, but it was a mad house plus having been there the day before and going to the “in-official” after show party at the hotel, I was tired and had moments where I was ready to go home 😉 But it’s still hard to pass up being there for all three days just to be able to soak it all in and enjoy the atmosphere. 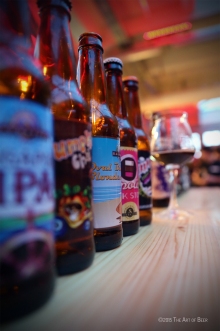 On of the hidden gems on the festival floor were the booths from Bier Deluxe and Derer Imports! Both being craft beer importers, they gave me a little taste of “home”! Bier Deluxe had beers from four US breweries on tap [and I happily admit I was obsessed with] Ballast Point’s Sculpin and Grapefruit Sculpin, whose tart freshness of grapefruit complements the IPA’s citrusy hop character. Derer Import had a vast amount of bottles from Rogue, Smuttynose, Saugatuck, Latitude 42, Left Hand, North Coast and Epic Brewing, to only mention a few. To my surprise they had Epic Brewing’s very limited release: Brainless® on Peaches. I only had a couple little sips but it was delicious. It has 10.5% ABV, but drinks much smoother than that… dangerous!! They also had Neapolitan Milk Stout by Saugatuck Brewing, which is a perfect blend of a classic dry stout character with brilliant flavors of chocolate, vanilla and strawberry all in one glass!

The best three days in March? The worst three days in March? Well, I’m torn. Yes, as mentioned I suffered [as probably some other fellow beer enthusiasts] a little, drank more beer each day than any human should consume in a lifetime, and went days with only little sleep, but it was all for the sake of thousands of people joining together to show their love for the best beers Germany has to offer!
Thanks to all the brewers I spent lots of time talking to, to my fellow beer snobs for interesting discussions, to the new people and the ones I finally met the faces to, you all made for a great weekend and I’m looking forward hanging out again at the next beer event!In this spirit, thanks for reading.
Cheers!! 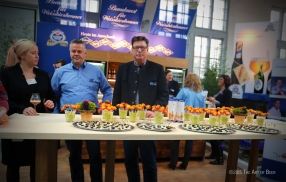 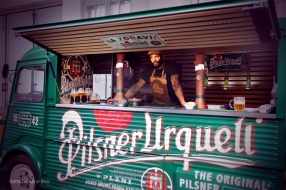 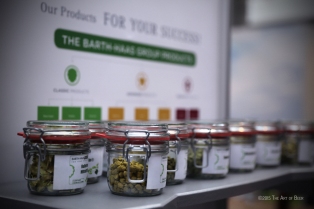 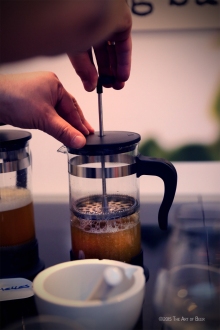 It’s that time of year again. BrauKunst Live 2015 is upon us for the fourth time at the MVG Museum in Munich. Germany’s largest beer convention is set to kick things off on Friday, March 6th at 4pm. For three days just around one hundred exhibitors  will showcase brews from over 120 breweries. Past year the event attracted close to 8000 beer enthusiasts from Germany and around the world over the three days to try over 700 beers. So no doubt about it, that’s quite a number.

For those attending for the first time, there’s a right way and a wrong way to attack BKL 2015. Here are some tips to help you make the most out of your beer adventure:

Stay hydrated & lay down a base.

Drink water! Lots of it and don’t wait until you arrive at the event because once you’re there you’ll get distracted by all the tasty brews and forget H2O even exists 😉

A good rule of thumb is one glass of water per glass of beer… Also think what you drink; don’t just gulp it down, look at what’s in your glass, smell it and savor it. What are you drinking? How does it look? Does the aroma or flavor remind you of something?

Eat before you get there! Having your stomach filled with food will help soak up the alcohol and keep you going throughout the day. There will be a food court in the exhibition hall to get anything from a small snack to a full meal but nothing is free as we all know. A good tip, make a Pretzel necklace… this has become a must-have going to beer fests or conferences. You think that’s cheesy? Try it and see all those jealous looks from those who don’t have one 😉

And keep in mind you’ll eventually have to go and empty your bladder…and guys this is for you especially… the lines are long! As a girl, we always have to wait twice, three or four times as long as the boys, not so at beer events.

Do your reserach – Prepare wisely!

This year’s beer list is long. Take a few minutes before you leave to look at the breweries and beer line-up. Of course you can just go with the flow and hop from booth to booth, but you’re likely to miss some tasty rare treats which will be gone quick or have gotten replaced by another beer by the time you get to the booth.

Braufactum, one of BKL 2015’s premium partners, will release their new Hoppy Strong Saison, which they brewed specially for this event. In addition to that they will present their new international partners Mikkeller, Gypsy Inc. from Denmark and Birrificio Italiano from Northern Italy.

Also, take a break from cruising through the hall and visit one of the Masterclasses and learn more about beer, brewing techniques & ingredients or get a glimpse into the suds-soaked world of a brewer.

Try styles you haven’t had.

If you live in Germany and/or are German you think you know all the “important” beer styles… well… there’s a world beyond Pils, Weizen, Altbier, Kölsch or Bock beers… You probably have heard of Berliner Weisse, Stouts, Porters, Pale Ales and India Pale Ales (IPA’s), but what about Barleywine, Saison, Wit beer or Sour Ale? And what the heck is a Gruit beer or the difference between a Midwest Coast IPA vs “normal” IPA? Hey Urban Chestnut, what the heck is a Midwest Coast IPA? 😉

Again, check out the beer list, find out what Braukunst Live 2015 has to offer and hunt down the rare and unusual creations.

Last but not least…

…enjoy the festival. I’d love to bump into some readers for a chat or a Cheers!